We've just completed a very exciting project in partnership with the Blackburn Diocese and St Barnabas in Morecambe.

The Bishop of Burnley, Philip North, approached me about the possibility and visibility of making a film about St Barnabas, the people, the church and it's surroundings, as they are in the process of advertising for a new Priest. Bishop Philip wanted to see if there was way to show off the church a little more than the traditional paper based advert or website post. The idea was to create a short film about the church and the parish and hopefully bring the advert to life a little more so that anyone interested in the post would be able to visualise it all a little more.

Here is the finished film.

Everyone involved has been thrilled at how we've managed to capture the life of the church and with only 1 day of filming! Granted that day was split over a couple of visits but we managed to get a day with the clear blue skies and sun bathing the Lancashire coastline!

We have to give credit to the wardens of the church, Paul & Morna, who arranged everything and made sure that people were expecting us, but this project did face us with a couple of challenges.

Firstly how to film in a church during a worship service without being a distraction.

Here at Centreline Films we do pride ourselves on how discrete we make ourselves. We use small DSLRs (Sony A7rii & A7sii) on purpose. It means that we can have a very small, but powerful, rig that doesn't mean that people are put off and often don't even notice us around. It's easy to blend in with a smaller camera but for the bigger projects it also very easy to bring in all the additional hardware needed. For the service we just turned up with the two cameras, a tripod, lenses (a 24-70mm 2.8, a 50mm 1.4, a 35mm 1.4 and a 70-200mm 2.8) and our Zhiyun Crane V2 gimbal. We found a space out of the way at the rear of the church to set up and then had a plan of shots to get.

Secondly we had to show off the people as well as the church. For this we used interviews. People who knew the church well and knew the area too. We set a couple of very vague open ended questions ("tell us about Morecambe" for example) and just let the interviewees talk! This means that we ended up with about 40mins of footage to edit down to a 6 minute film, but we really did get the background to the area. The interviewees were picked by Morna and Paul too.

Lastly, how to get across the look of the area. For us this was the easy one, in theory! Aerial footage comes into it's own in these circumstances and it really is the reason that we invested in our CAA approval to be able to fly Drones commercially. It just gives such a great view of the area, where the church sits in relation to the park, to the sea etc. But also, what else is around. It also brings a cinematic feel to the whole film. Luckly, we had a some great sunshine on the days that we managed to get the drone up, and it was also a very still day, very different on both accounts to the weather that we had leading up to and since!

In all the film has turned out really well and, once the filming was booked in we managed to turn it around in a week and deliver it to the very satisfied client.

Make sure to get in touch if you have a project that you think we could help you with. 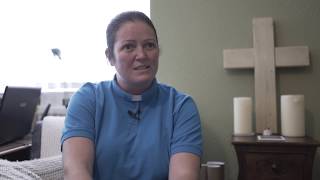 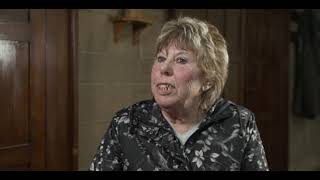 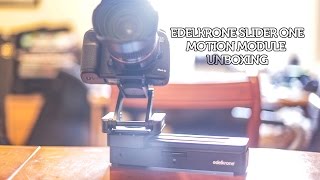